It can be daunting getting to know new people after moving house and that is true whether you have moved to the other end of the country or just a few miles down the road.

When you move into a new house there is so much to do, from pest control to the decorating, unpacking, sorting out myriad problems, that it is so easy to put off meeting the neighbors. But the longer you put off this essential task the harder it will become and you will run the risk of being thought of as ‘aloof’ or even anti-social! And it will be more difficult for the children to adapt and adjust if they don’t get to meet new people. So the thing to do is bite the bullet and get out there.

Make yourself visible from the outset; don’t hide away from the new neighbours. Take a walk down the street and say a cheery “hello” to those you meet or give a friendly wave at the very least. Introduce yourself at the first opportunity and invite them round for a coffee once you have properly finished moving home.

To Party or Not to Party

Confident types tend to throw a party at the first opportunity and invite all the neighbours. This can work well but make sure your gathering is not going to be of the wild, drinking ‘til dawn sort, at least not until you’ve worked out the neighborhood demographic. If you do decide to hold a party go easy on the booze and loud music and instead go for something more peaceable. An atmosphere in your home which everyone can talk amongst themselves is a good way to allow people to get to know each other.

If parties are not your style then why not simply start with a friendly, introductory chat over the garden fence.  Ask advice about gardening, or schools, or which the best local pub is; any subject at all to break the ice.

Don’t Forget the Kids and the Pets

Some children, especially the younger ones, have the enviable knack of being able to make friends instantly but some, particularly teenagers, may need a little push in the right direction. Encourage the kids away from the iPad or games console and take them out into the neighborhood with you. Make a point of introducing the children to the new neighbours and asking about things for children to do in the local area.

If you have pets keep them indoors at first. Cats, in particular, need to familiarise themselves with a new house before being allowed out. Introduce your pets formally as you would with the children and you’ll get off on the right foot.

Hello! We are Rachel & Chandler: husband & wife for a long time yet complete opposites. Also, parents of 2 boys. To Hell in a Handbag is a lifestyle journal dedicated to fashion, beauty and our home as a married couple in Seacrest Beach (Hwy 30a), Florida. 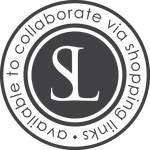 Tell us what you think! Cancel reply